You might be asking yourself, what can Mercedes remapping in Manchester do for my vehicle? To start, let’s define remapping. Most modern cars have an Engine Control Unit, or ECU. The ECU is a small computer that controls the way the engine works. Every new car has the ECU on default settings, because manufacturers ship their vehicles all over the world, and in order for the ECU to do its job and be effective, it has to be recalibrated to match the climates, laws, fuels and roads of its current environment. This process of recalibration is called remapping.

If you’re a new car owner in Manchester, Mercedes remapping should be a part of your first service. The remapping is done through a software package which overwrites the default settings within the ECU. Once the software is transferred through the car’s serial port, engine performance is enhanced, with some cars allowing for a more on the go tuning through the OBD port. There are several interrelated effects of remapping. First, the engine will have a power boost. This, of course, is linked to increased fuel consumption. However, the torque of the engine is increased as well, which means that the driver does not have to change gears as often in traffic. This can lead to an improvement in fuel economy, which either balances the increase in consumption, or it leads to an overall improvement.

North West Bloor Motors offers Mercedes remapping in Manchester. The garage specialises in German vehicles, and since 1996, it has been providing servicing, repairs, engineering, MOTs and diagnostics. The services are dealership quality, at only a fraction of the price, and the garage boasts 9 separate service bays. This means that you can expect a quick service with no waiting period. Inspection services can cost as little as 69 GBP, and repairs include everything from mechanical, to body work and engine rebuilds. For more details, contact North West Bloor Motors today. Your vehicle will be in great hands, whether you need a full repair or an engine remapping. 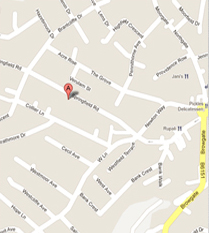 Northwest Bloor Motor Works is rated 5 out of 5.0 stars based on 20 review(s).

Every job ive had done has been carried out to the highest of standards. Never have i experienced such quality workmanship and service like i have with Chris and his team. Will continue to use for many years to come.

Finally got the chance to have a ECU Remap. Wow!! What a huge difference the simple modification has made. Drives so so much better and has the power now. Chris Bloor and his team are brilliant and have always looked after the maintenance of our cars. Professional honest to the point and they deliver!! Recommend them highly.

My car had been to several garages and nobody could fix it. Was told about this garage and took my car there. They diagnosed and fixed the car perfectly and this wan't an easy problem to solve - I even then had a remap with them which is awesome. Would highly recommend this garage, they know what they are doing!

Thank you for looking after my little mini! Top garage and friendly staff!

I’ve been using the main dealers for a long time with my last couple of BMWs but no more, I will be coming to this garage because they do a better job!! And even better on price

Had my BMW X3 to main dealers in Nottingham for a problem juddering in 1st and reverse gears diagnosed the faults as the transfer box. The cost to repair it was £2600 plus vat. Googled transfer box problems and northwest Bloor motor works came up rang them up and spoke to Chris Bloor the owner ( his knowledge on transfer boxes was excellent ) Booked car in and drove up to Bolton. I was lent a courtesy car for 4 hours job all finished same day with exchange box (same as bmw ) £1500 plus vat so glad I found this garage. Chris also showed me his vast stock of transfer boxes from X1 upto X6 over 20 in stock highly recommend them

My husband and I have been regular customers since 2002/ 2003. They have looked after our cars well and have found them to be trustworthy! We would not think of going anywhere else. They are knowledgeable and can fix anything!

Got me back on the road within the hour when I thought I’d be stranded over the weekend. Great, friendly service and a lovely cup of tea while I waited. Thanks.

Fantastic garage, same quality as the dealers minus the price tag. Will defiantly be returning again, thanks Chris and team!!

Had a potentially serious problem with my panoramic roof a few weeks ago. It was sorted very quickly and professionally by Chris and Ryan at a very reasonable and fair price. Would recommend them to anyone who asks me about recommending an efficient repair to their vehicle

Took my car in for an MOT and to replace the air bag sensor mat in my A class. What a fantastic garage and it was considerably cheaper than other non dealer Merc specialists in the North West, in fact it was £100 cheaper. A genuine, honest and reliable garage with very knowledgeable trustworthy staff. Was also provided with a courtesy car at no extra cost. Wouldn’t hesitate to recommend this garage and wouldn’t take my car elsewhere now. Thank you!